At just 28 years, Wang Han became one of the world’s youngest billionaires – he is number 7 in the international top 10. Wang became a billionaire after inheriting shares in regional airline Juneyao Air  from his late father Wang Junyao , who was the founder.

According to Forbes, Wang Han owns 27% of the airline and 14% of department store Wuxi Commercial Mansion Grand Orient . The Juneyao Group also has businesses in the education and food sector. They are also active on social media; Juneyao also has a rather large fanbase on its Weibo account. Wang Yue is a newcomer to the list of the world’s youngest billionaires, according to Forbes 2016. He is called China’s “web game billionaire”. Wang earned a fortune being an online and mobile game entrepreneur. He is the CEO of Shanghai Kingnet Technology, better known as Kingnet. Cheng Wei is CEO of China’s Uber rival Didi Kuaidi, a transportation company which was formed in early 2015 as a merge of Cheng’s company Didi Dache and Alibaba’s Kuaidi Dache. Previous to starting his own company, Cheng worked for Alibaba for 8 years and became vice president for Alibaba’s online payment service Alipay. Cheng has a verified Weibo account, but he has not posted much since his rise to fame. Born in 1981, Yang Huiyan from Guangdong’s Foshan is one of the world’s richest women. She became the largest shareholder of real estate developer Country Garden Holdings  after her father transferred his holdings to her when she was just 25 years old (also see the featured image). According to its official website, Country Gardens is “a company constantly fighting for the development of a harmonious society.” Wang Tao, also known in English as Frank Tao or Frank Wang, is the founder and CEO of Shenzhen-based DJI, the world’s largest supplier of civilian drones. Forbes describes him as “the world’s first drone billionaire”. Headquartered in China’s “Silicon Valley” Shenzhen, DJI started as a single small office in 2006, and has now turned into to a global workforce of over 3,000.

See other related articles and how you can make money online and become successful entrepreneur. Businesses such as forex trading are becoming the talks of the day. Learn how to become a forex trader and maybe your life can change for a better one. 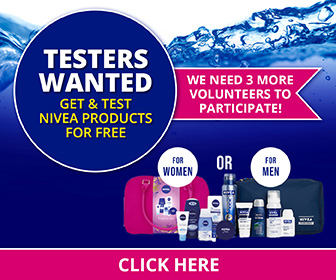